Talented photographers often find visual stories in the things we take for granted or pass without noticing. While driving in Northern Mexico, Peter Misfeldt noticed the numerous roadside memorials. He started to photograph them and this turned into a project called Descansos. Another example – and a work in progress – are the Navajo vending booths in Northern Arizona. After passing them numerous times, it dawned to him that there’s a story in it. Some day he will tell that story: Diné Binaalye’ Nadahniih (The Navajo Nation Vending Booths). 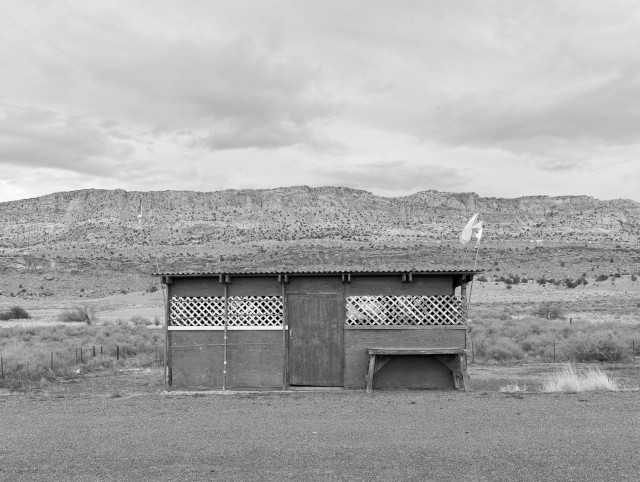 Peter Misfeldt started his career as a self-taught painter in the Mid-90’s. The first successes came with gallery shows in Copenhagen – his home-town at the time – and New York city. At some point he got himself a beautiful vintage brown Polaroid SX-70 and fell in love with the device. The Polaroid was used for various projects and by the beginning of the new century Peter acquired his first DSLR to document his paintings and shows.

Gradually photography started to play a more important role in his work. And at some point his camera replaced the paint and brushes completely. When looking at Peter’s current impressive portfolio, it immediately becomes clear that he has a fascination for the American Southwest. Which goes back to his childhood. 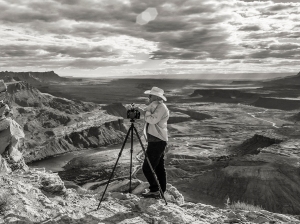 “As a child my big interest was the North American Indians (which now more correctly are known as Native Americans).  For most of my adult life that interest has been subdued, but during my first trip to the American Southwest in 2008 it all came back again. I really fell for the Southwest desert, somehow it’s magic to me. The smells, the desolation, the feeling of being very small in the grand scenes of things. And of course the history. It fascinates me that if you look you’re able to see the history in the landscape, both human and in regard to the evolution of the Earth. When you hike deep into the backcountry, you can stumble upon prehistoric dwellings, hunting blinds, stone circles, ancient paths, petroglyphs and the like. At the same time, parts of the desert in the Southwest are centres for technical evolution – giant solar farms, training for moon missions, private training for Mars missions, former nuclear tests sites, US Airforce bombing ranges, aerospace like Tesla, mysteries like Area 51 and so on. Like Robert Smithson said, ‘The American West has a prehistoric past and a science fiction future’.”

“It is not only the Southwest that catches my attention, I have also been working in parts of the Midwest, Nebraska, The Dakotas, Wyoming and Montana on a project about the battlefields of the Indian wars for some years now. It is still very much a work in progress. The historic aspect of the American West is of great interest to me. The first inhabitants came there about 10.000 years ago, so the history is old, but when you think of it it’s only a few hundred years ago where the West was more or less unknown to the Europeans. The first Europeans to cross the western portion of the United States was the Lewis and Clark Expedition in 1804 – 1806. Later mountain men like Kit Carson blazed trails across the Southwest to the promised land in California. His extensive travels and experience tell a story not just of one man, but of many people and cultures throughout the area of what would become the Southwestern United States. The history of both the early and general exploration of the West interests me both from the Natives and the explores/settlers point of view.” 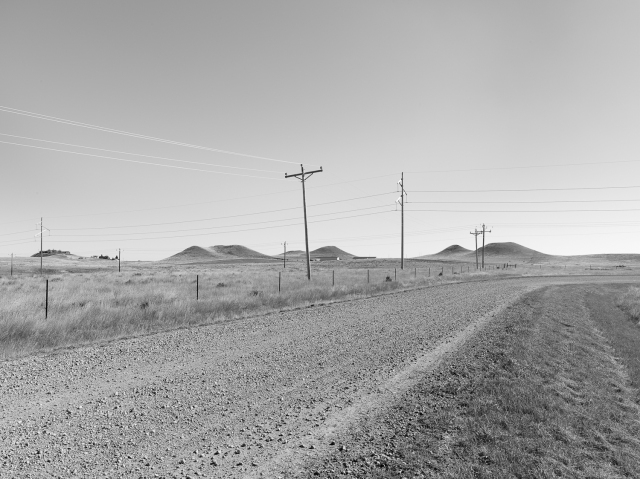 Not having a background as a photographer, Peter honed his skills to the current high level he’s working on by challenging himself and getting off the beaten track. Being a painter obviously helps to develop one’s abilities to visualise things. Being in the wild on your own changes your mind set and makes you more aware of what’s surrounding you. Peter has been much inspired by the photographers of the mid 1800’s American Survey Expeditions, like Timothy O’ Sullivan and Alexander Gardner, as well as by Edward S. Curtis’ early 1900’s project ‘The North American Indian’. A contemporary photographer whose work he admires is Mark Ruwedel. 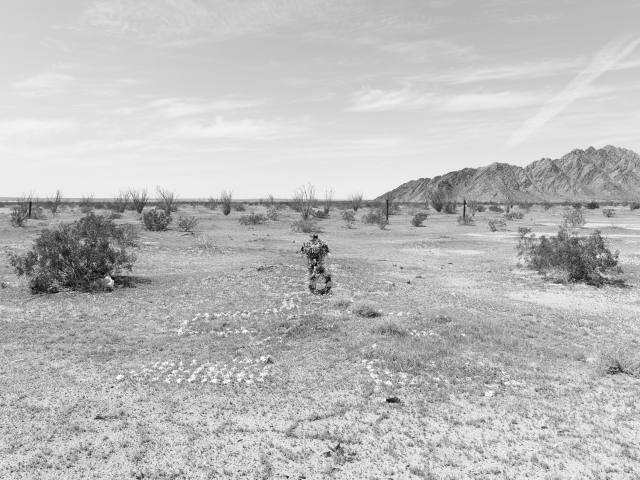 The switch to medium format somehow happened by coincidence. Around 2012 Peter had a Canon 400mm lens for sale. The buyer wanted to trade-in his Leaf Aptus and Peter accepted. It was soon complemented with a used Cambo WRS-1000 and a couple of Schneider Apo-Digitar lenses. 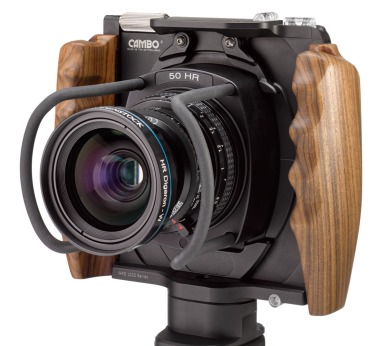 Nowadays a Phase One IQ3-100 Achromatic back, Cambo WRS-1250 and several Rodenstock and Schneider lenses are in the bag. Most of the lenses are in the Cambo WRS Tilt and Swing configuration. Peter likes the fact that he can apply both shift and rise/fall simultaneously and dial in a bit of tilt and swing when necessary. When travelling, the kit is often narrowed down to a Digaron-40, Apo-Digitar-60XL and -120ASP. This makes for a compact and not too heavy kit.

Peter loves colour photography and  the work of William Eggleston, Stephen Shore and many others. However, for his own work he often finds colour a distraction. Hence the shift to an Achromatic digital back and the emphasis on black and white in his recent work. It conveys a certain feeling that needs to be in his photographs and that simply isn’t there when shot in colour.

The salt deposit in the Saline Valley is one of the purest in the world. Although first described in 1864 it was not exploited on a large scale until the early 1900s, due to the costs of transporting it to the market from this remote area.

In 1911 the Saline Valley Salt Company decided to build an aerial electric tramway that would rise 7600 feet / 2316 meters to the crest of the Inyo Range from the floor of Saline Valley, and then descend 5100 feet / 1554 meters to the narrow gauge railroad terminal at Tramway near Keeler, all within a distance of 13.5 miles / 21,5 km. 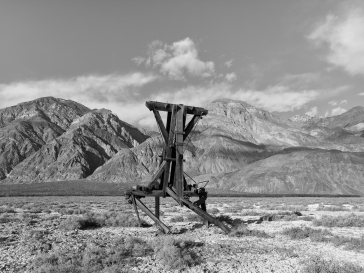 By 1914 the company shipped 9 to 15 carriages a week. It couldn’t turn to profit, so U.S. Steel, that built the tram, took over. Between 1924 and 1926 a road to Saline Valley via San Lucas Canyon was constructed. The use of trucks also proved unprofitable. In 1928 the Sierra Salt Company purchased the tram and refurbished it. Soon it was transporting salt at a rate of 60 to 100 tons per day. Financial difficulties urged the company to cease operations in 1933. Although Saline Valley salt is exceptionally pure, its monetary value was never high enough to offset the cost of transporting it to market. 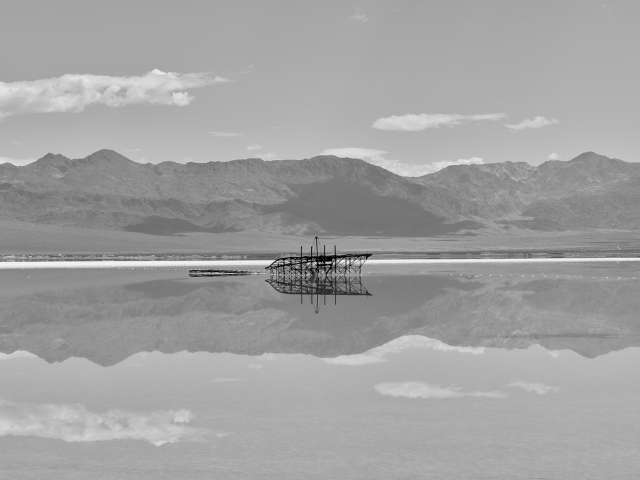